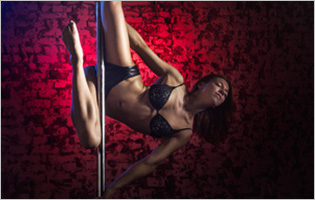 Last summer, my family had a big reunion party. There were all kinds of events planned for people of all ages. There were children’s only events, couples events, and even a women’s only event. The only thing that wasn’t planned was a men only event. I didn’t think that was fair. So, I talked to my dad and he and I got to planning.

What we had planned was a big secret. We didn’t tell anyone a thing except that it was for men only and you had to be of legal age to come to it. The women were pretty curious but we managed to keep it a secret from them and to this day, I am pretty sure that none of the guys told their wives or mothers what this event was.

We planned it for the same evening that the women were having their event. There was a special sleepover night for the children going on with child care providers included so no one had to worry about that.

There were about 20 men that signed up for the men’s only event (they were all pretty curious as to what it was going to be) so we rented a bus and had it pick us all up. All the way there, the other guys were trying to get me and my dad to tell them where we were going. But we wouldn’t.

Let me tell you, there were a lot of smiles when we pulled up in front of Rhode Island Dolls in Woonsocket, RI! The guys literally poured out of the bus and they were pretty excited. For some of the guys this was a big thing because their wives never let them go to strip clubs. At least one of the younger men had never been to a gentlemen’s club before but we reassured him that he would have a great time. Grandpa was especially happy because it had been a long time since he’d been able to get out of the house to go to a strip club.

Of course, my dad and I had called ahead and made sure that they would be expecting us. We were greeted at the door by one of the bouncers who checked to make sure everyone was of age and several of the dancers who escorted us to a table just right of the main stage. There wasn’t anyone on stage yet but that was because we had planned to get there early enough to enjoy a good meal.

Some of us had been there before (me and my dad love the place and we go whenever I’m in town visiting him and Mom) so they were surprised that you could actually get a meal there. They were even more impressed when they saw the menu. Lots of the guys went for a big steak and some of the guys had some of their delicious burgers. A few of us decided to order a bunch of different things and share them. The food was fabulous as usual.

Of course, we made sure that everyone got to have their favorite drinks, too. There are guys that love beer (and Rhode Island Dolls has a really impressive beer menu) and then there are men that like a good premium scotch or another top of the line liquor. Well, let me tell you, we kept our waitresses pretty busy bringing drinks and food and stuff – but we made it worth her while. She was pretty impressed with her tip when we left at the end of the night. I’m not positive but I think some of the guys actually ended up tipping her twice.

Of course, the main attraction of the night was the dancers. Rhode Island Dolls has some amazing dancers and whether they are on the stage or giving private dances, they know their moves. Almost every man there got at least one private dance so we kept those dolls busy that’s for sure. There were a couple guys that were happy to sit by the stage watching each new dancer as she came out but they were fine with that because the men in our group were so happy to be there that they were pretty generous with the tips.

Our men’s night at the family reunion was the highlight of most of our trips. Of course, it is always good to get away and to spend time with family but sometimes we guys just need to get our guy thing on, away from the women. After all, the women do it, too! What do you think the women did at their event? Watched chick flicks? Knitted? Whatever it was, I’m pretty sure that our guys’ night was much better!

Posted in Fantasy
Scroll To Top